Once again, it can be demonstrated that art can be another way of communicating, examining and humanizing important internal and external human conflicts.  It helps the viewer become more informed and more involved than they otherwise would have been, prior to experiencing the art work image and its accompanying story.

In Brazil, South America’s biggest and most influential country, with a population of 200 million people (BBC. 2014, May 6); where it is known to be the country of football – art is being used to highlight the daily struggles of its people.  Brazil is currently in preparation to host the 2014 FIFA World Cup and the 2016 Summer Olympics in Rio de Janerio.  These forthcoming events are attracting huge global interest in Brazil and has given Brazilians an opportunity to have a voice that is being heard worldwide. BBC’s Documentary series helps shed some insight into what it is meant to “Being Brazilian” (BBC. 2014, May 6).

One of the ways that Brazilian people are highlighting Brazilian life is through Graffiti Street Art.  Street artists in Sao Paulo and Rio de Janeiro are using the streets as canvases within open-air galleries for their graffiti art work as a way to express discontent (The Guardian. 2014, May 24).  Brazilian Graffiti Artist Paulo Ito on May 10, posted this mural on the doors of a schoolhouse in Sao Paulo’s Pompeia district.  It has become an international sensation, sweeping the Internet after Paulo Ito posted it to his Flickr account. Since then it has been prolifically shared on Facebook and Twitter (McDonald, S. 2014, May 23).  It depicts a “portrait image of a weeping, starving Brazilian child with nothing to eat but a soccer ball” (Stahl. 2014, May 23). 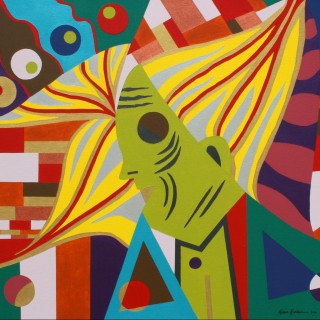 My name is Karen Robinson and I do various forms of expressive arts such as photography, painting, storytelling, blogging, and motivational speaking to help improve my sense of wellbeing.

I hope by sharing my ‘post traumatic growth’ journey will inspire others to take up these activities to find a voice – when words are hard to find. These activities can be a powerful form of expression and when shared with others can be enlightening, be informative, and moving. It can change the way people think!

My blogging will be about how I and others have used/are using these activities either solo and/or within groups to assist with one’s physical and emotional wellbeing; or just simply to have a say! I hope you will join me.

NB: All original images, photography, and creative expression is the © Karen Robinson (ido art karen robinson) 2014 -2022 and All Rights Reserved. Unauthorized use and/or duplication of this material without express and written permission from this blog’s author and/or owner is strictly prohibited. Excerpts and links may be used provided there is full and clear credit given to Karen Robinson and “ido art karen robinson” with appropriate and specific direction to the original content. Please also note that none of the above is available for purchase.